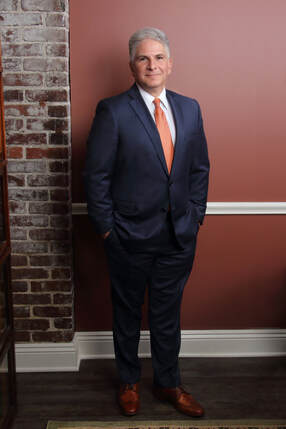 ​​Attorney Larry Loperfito focuses his practice in the areas of Probate, Trust and Estate Law and Litigation, Estate Planning, Banking Law, Municipal law and Zoning law, Corporate Matter and Formation of Corporations and Limited Liability Companies and Personal Injury matters. He is licensed to practice by the Supreme Court of Pennsylvania and is licensed by the United States District Court for the Western District of Pennsylvania.

Attorney Loperfito has tried civil and criminal cases to verdict. His trial resume stretches from criminal prosecution and criminal defense early in his career, to complex construction litigation in 2009. He has engaged in national litigation and mediation against a Fortune 500 company and has argued before the Commonwealth Court of Pennsylvania on complex zoning issues. In addition, he has been called upon by the courts of Armstrong and Westmoreland Counties, to act in the capacity of a Master to hear complex support and divorce cases, and to render findings of evidence to the judges of the Courts of Common Pleas. Attorney Loperfito attains heightened Continuing Legal Education accreditation annually.

Attorney Loperfito earned a bachelor’s degree in Political Science from the University of Pittsburgh in 1985 (special concentration in Government and Public Service), and minored in History, English, and Administration of Justice. He obtained his Juris Doctor Degree in 1989 from Ohio Northern University, Claude W. Pettit College of Law. In his third year of law school, he was named Chief Justice of the College of Law Moot Court Program. He further distinguished himself in National Moot Court competitions in Ohio and Florida, representing the College of Law. He began his legal career as an Assistant District Attorney for Westmoreland County from 1989 to 1991. During that period, he prosecuted matters ranging from simple misdemeanors to complex felonies. He began his private practice in 1991 as a sole practitioner, joining Timothy J. Geary in the practice of law in 1993, forming the law firm Geary & Loperfito, LLC. Timothy and Larry worked together from 1991 until Tim’s retirement in 2015. Larry welcomed Alaine Generelli, Esquire in 2015. Alaine was named firm partner in 2019 and have since amended the firm name to Geary, Loperfito & Generelli LLC.