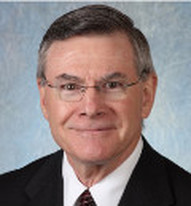 Attorney Geary founded Timothy J. Geary, Attorney at Law in 1975 and worked as a Prosecutor for Westmoreland County trying high profile homicide cases including the “Kill for Thrill” convictions of John Lesko and Michael Travaglia in the 1980’s. He worked at his private practice until 1993 until he and Atty Loperfito formed the law firm Geary & Loperfito LLC Attorney Geary was the Senior Managing Member of Geary & Loperfito LLC, from 1993-2015. Timothy and Larry worked together from 1991 until Tim’s retirement in 2015.

Tim is fully retired from the practice of law and resides in Pittsburgh, Pennsylvania and enjoys travelling to visit his children in New Jersey, Wisconsin, and Texas.